Statistics for the logistics industry and ports, 2019 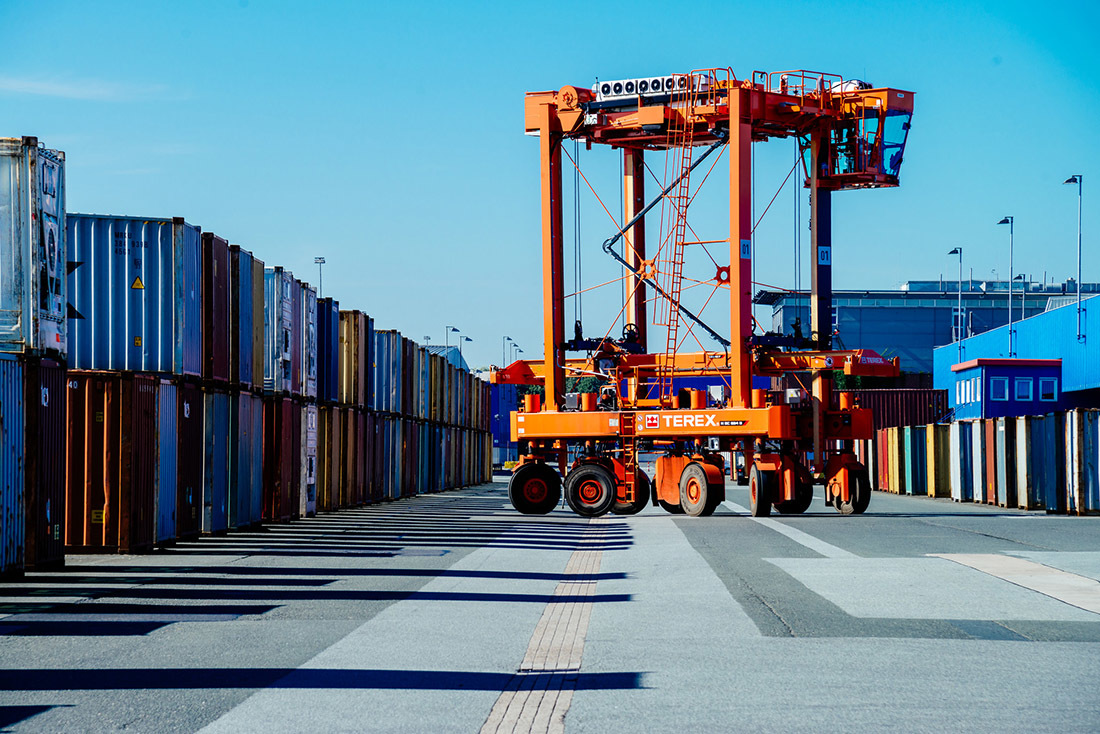 The ports and logistics companies in Bremen and Bremerhaven continue to be the heavyweight of the federal state’s economy in 2019. Let us look at the statistics.

Ships arrive, ships leave, lorries arrive, lorries leave – day in, day out. Bremen’s ports and logistics centres are a hive of activity around the clock. We have compiled data about which goods are handled each day and their final destination. All figures relate to 2018.

First comes the headline figure: Goods worth around €40 billion are imported and exported through Bremen and Bremerhaven each year, with almost an equal split between imports and exports.

At €9.8 billion, cars and motorhomes make up the largest proportion of exports, followed by aircraft, iron products and coffee. The total volume of exported goods is €20 billion. They account for over 60 per cent of Bremen’s economic output. No other German federal state has such a high proportion of exports. This shows that Bremen continues to live up to its reputation as a Hanseatic trading hub.

The biggest group of imported goods is motor vehicles at €3.1 billion, followed by aircraft, vehicle parts, coffee, mineral oil and fish products. An interesting fact: more than 70 per cent of the coffee imported is exported again directly, making Bremen an important international transshipment hub for coffee. Bremen is home to major roasteries that process the imported beans before sending them on. And Bremen is considered to be Germany’s secret coffee capital.

Our biggest trading partner is France, to which companies export goods worth €2.7 billion per year. The second biggest is the United States, followed by China and the United Kingdom.

It is impossible to talk about logistics without mentioning the ports. And there are several of them in the federal state: Bremen (city) has five and Bremerhaven has two. Each year, 6,734 seagoing vessels dock there, while a further 8,301 barges come and go. Their combined transshipment volume equates to 74 million tonnes of goods, of which 56 million tonnes arrive/depart in containers.

Car transshipment is just as important as the container business, and Bremerhaven is home to what is probably the biggest car park in Europe. Every year, it handles 2.2 million vehicles.

A further 8.5 million tonnes of bulk cargo arrive at the ports in Bremen (city) each year, with goods ranging from grain and gravel to coal for power stations and ArcelorMittal’s steelworks.

Containers as far as the eye can see

Bremerhaven and Bremen handle 5.5 million standard container equivalents (TEUs) every year, putting them in fourth place in Europe. If all the containers were piled up on top of each other, the crane needed to place the last container at the top of the tower would have to be 13,200 kilometres tall.

More than half of these containers are transshipments. Bremerhaven serves as a hub where containers are unloaded from large ocean-going ships and loaded onto smaller ships that take the containers to other ports in Europe.

The remainder (2.57 million TEUs) are transported inland to destinations in Germany and other European countries by road, rail or barge. Of the five Bremen logistics centres, the Cargo Distribution Center (GVZ) plays a key role, as containers are loaded and unloaded, transferred, sent on new routes and managed here. One example is the company Roland Umschlag, which puts containers and even entire lorries onto trains at the GVZ.

All this activity is only possible thanks to the 1,300 companies and their 40,000 or so employees in the maritime and logistics sectors. The total number of employees dependent on these industries reveals that one in three jobs in Bremen belongs to the ports and logistics sector. Many German and international logistics firms have their headquarters or a subsidiary in Bremen, such as BLG Group and Kühne + Nagel.

In total, 18,000 lorries are registered in Bremen, including 3,300 tractors for pulling semitrailers that transport goods within the city and, above all, to destinations across Germany and beyond. If placed end to end, the semitrailers alone would stretch for around 50 kilometres – the distance from Bremen to Oldenburg. And every year, around ten million tonnes of goods arrive in Bremen by rail, while five million tonnes are dispatched from Bremen by rail.

The importance of logistics for Bremen can also be seen from the amount of warehousing space in the city. Bremen has 2.8 million square metres of logistics real estate, which is 50 per cent of all such real estate in north-west Germany.

The Bremen Cargo Distribution Center alone occupies 1.5 million square metres, which is almost the same as the total amount of logistics space in Düsseldorf. It is the largest cargo distribution centre in Germany and the second biggest in Europe. Companies based here enjoy a geographical advantage because it is ideally located for the northern sea ports. Around 150 companies employing approximately 8,000 skilled workers currently use the GVZ.

What is the best place for a European high-tech expansion? Berlin? Paris? London? The Turkish robot producer Searover has chosen Bremen. Because there's something here that the megacities can't compete with. Welcome to Bremen - Bremen'e hoşgeldiniz!

Trade and industry are Bremen's economic heavyweights. This is an infographic of the sectors, revenues and products involved.

Learn more
Investing in Bremen
"For us to be sustainable tomorrow, we need to build sustainably today!"

Corona has triggered a boom in demand, but facilities are facing changing requirements and questions of sustainability at the same time. What are the developments currently facing the logistics properties sector?