The Marketing, Online and Tourism departments of Bremeninvest use various marketing tools and are involved in numerous projects.

Find a selection of our projects in the following list.

How would you describe Bremen? Many green areas and close to the water, cosy and relaxed, short distances to work and to the airport? As one of the largest German industrial locations? The North Germans: unagitated, very tolerant and open?

And did you know? Elvis Presley entered German soil for the first time in Bremerhaven. Europe's biggest fashion photo studio is located in Bremen's harbour district. Europe's first cycle path was established in Bremen (and can still be seen there today). There are countless positive, beautiful and exciting stories from Bremen. Sometimes surprising and to make you smile. Did you know that the very first container was unloaded in Bremen and the second just fell on a truck? Or that Bremen was once a leader in the nudist movement. And do you know why the weekly newspaper Die ZEIT uses the Bremen key on the title? And how long would the chain be if all the fish fingers produced in Bremerhaven each year were put together?

The booklet 'Best of Bremen' introduces a selection of these stories on 64 pages.

If you are interested in using Bremen's best sites, whether as a welcome package for new employees or for guests, you are welcome to contact the Bremeninvest-Team.

The BREMENwirtschaft YouTube channel features 15 playlists containing around 50 videos on subjects related to trade and commerce in Bremen. You can find out about the regeneration of the Überseestadt district, about the city's creative scene, about industrial estates and business parks, and about the city's major industries.

Are you are interested in investing in Bremen? Do you want to set up a company or relocate here, work in the city or study at one of the outstanding Bremen universities? If so, then BREMENwirtschaft has a video that's perfect for you.

The bremen.de YouTube channel reflects all that Bremen has to offer. Currently there are more than 40 playlists on a wide range of topics. The videos often incorporate material from third-parties and have been received extremely positively. At regular occasions throughout the year, the channel focuses on top events in Bremen, which are also promoted via our own YouTube feed.

The location marketing division of Bremeninvest supports and advertises cultural events and activities spanning all genres.

All the activities have a common set of objectives in the following order of priority: to attract more visitors to Bremen, to raise Bremen's profile and to enhance the reputation of the city. Purely image-based marketing is not part of this. Ensuring that more people enjoy the events or cultural activities on offer will, in itself, create a sustained positive image for the city. The basis for the communications strategy is an umbrella brand that is instantly recognisable as Bremen. The strategy is used to highlight as many of Bremen's offerings as possible and comprises a combination of words and pictures drawn from the brand architecture. It adds a cultural dimension to the Bremen brand, helps to position the various offerings, and acts as a kind of seal of quality for the city and its cultural scene.

Our marketing work publicises cultural institutions and events to a wider audience and presents them with the challenges that come with also being known outside the Bremen region.

The flagship medium for implementing the communications strategy is a newspaper supplement, 2.83 million copies of which appear twice a year in daily newspapers in large parts of Lower Saxony, in Hamburg and in parts of North Rhine-Westphalia. In the last seven editions, 43.5 per cent of the pages were devoted to culture in the traditional sense of the word. However, this increases to well over 50 per cent if popular culture and the science centres are also included.

Once a month a colour advertisement promoting Bremen museums and featuring the Bremen branding appears in the 'museums and galleries' section of Germany's Die Zeit newspaper. Bremen's museums also have their own dedicated website, www.museeninbremen.de (only in German). Many of the museums advertise dates for special exhibitions and events here because of the high visibility of the central feed.

As part of the relaunch of the bremen.de website, which is due to go online in the middle of 2016, a culture tab has been added to the main navigation bar. The idea is to implement a more systematic and user-friendly approach to the way that culture is presented and to make it easier for people to access information about cultural attractions and activities.

Editorial articles add detail and interest to the cultural highlights and are used both in the previous design and on the new website. All the scrolling images on the home pages are related to culture in some way. The section on 'Culture and leisure', which focuses heavily on images, was accessed 65,000 times in September 2015 alone.

In February 2013 a dedicated Twitter feed was launched to advertise Bremen's cultural offerings. It currently has around 1,000 followers and the editorial team at bremen.online follow more than 170 other Twitter feeds to obtain their information. On the Bremen Facebook page, the team posts notifications of cultural events to nearly 50,000 fans.

Billboard advertising for culture in Bremen

In order to promote Bremen and its cultural offerings, the city council signed a deal with Deutsche Telekom's out-of-home media division that means 50 outdoor advertising locations are made available for billboards and 300 city information points can be used for backlit billboards. The outdoor advertising locations are booked in 34 slots of ten to eleven days, meaning a total of 1,700 billboard slots are available in a year. 39.3 percent of these were used for traditional cultural advertising in 2014.
The backlit billboards are booked by the week. Of the 15,600 slots that are used for advertising Bremen, 44.2 per cent feature culture in the traditional sense. For cultural institutions, they represent an affordable, high-impact option for marketing to the urban public.

Every year, the location marketing team publishes a brochure promoting Bremen's museums. 10,000 copies are printed for use at the ITB travel fair in Berlin.
Bremeninvest organises Museums Night in conjunction with Bremen's museums, science centres and cultural institutions. We design the extensive programme, of which 40,000 copies are printed, place adverts and use backlit billboards, and arrange the night-time public transport services, a boat shuttle and a historical tram line. For the past two years the event has also featured a dating programme as well as guided cycle tours in conjunction with our Bremen BIKE IT! project.

A city made for cycling: Bremen BIKE IT!

Our Bremen BIKE IT! project is looking for new collaborations with the city's cultural institutions. The Bremen Bike Citizens App, a navigation app designed specially for cyclists, can be downloaded free of charge. All Bremen's cultural attractions are featured in the app, meaning that cyclists can quickly and easily make their way between them. Events can also be temporarily incorporated into the app. For the 2015 jazzahead! festival Bremen BIKE IT! offered a special cycle hire option. For the jazzahead! festival's club night, there were guided tours of the various music venues. Under the Bremen BIKE IT! banner, the Breminale Festival hosts events such as the short film night rides, the Altbaukriterium indoor cycle race (at Schwankhalle and the Noon café in the foyer of Bremen Theatre). The urban cycle routes described in the festival's ticket flyers offer new ways of discovering Bremen's trendy areas.

BIKE IT! in Bremen and Bremerhaven

Bremen is a cycling city. In fact, 25 per cent of all its road users are cyclists.

In Germany, no other city with more than 500,000 residents has a higher proportion of cyclists than Bremen. And In Europe, Bremen is in third place behind Amsterdam and Copenhagen. Cycling is normal here, an everyday activity and one that has been cool for a long time. This is where Bremen BIKE IT! comes in: only when it is a pleasure to go cycling on a day-to-day basis, will the bike become the transport method of choice in people's leisure time – for locals and visitors alike.

Cycling as a locational factor
Bremen BIKE IT! is a proactive communications campaign run on behalf of Bremen's Senator for the Economy, Labour and Ports. It positions Bremen's qualities as a cycling city firmly within the brand architecture of the Bremen region and integrates them into the locational marketing activities.

Services, events and communications
Bremen BIKE IT! focuses on targeted offerings, services, events and media. It is aimed at visitors to Bremen, whether they are there just for a day or are spending a longer period in the city. New, exciting and varied cycle routes are designed to get newcomers to Bremen on bikes and to help them get their bearings in the city. They offer a mix of urban buzz and relaxing green spaces and take cyclists on a journey of discovery in Bremen and Bremerhaven.

Get there quickly and simply with the Bike Citizens app
Bremen has acquired the license for the Bike Citizens navigation app. This free app for smartphones tells cyclists exactly where they need to go and its maps feature all the important points of interest. It speaks German, English and French. 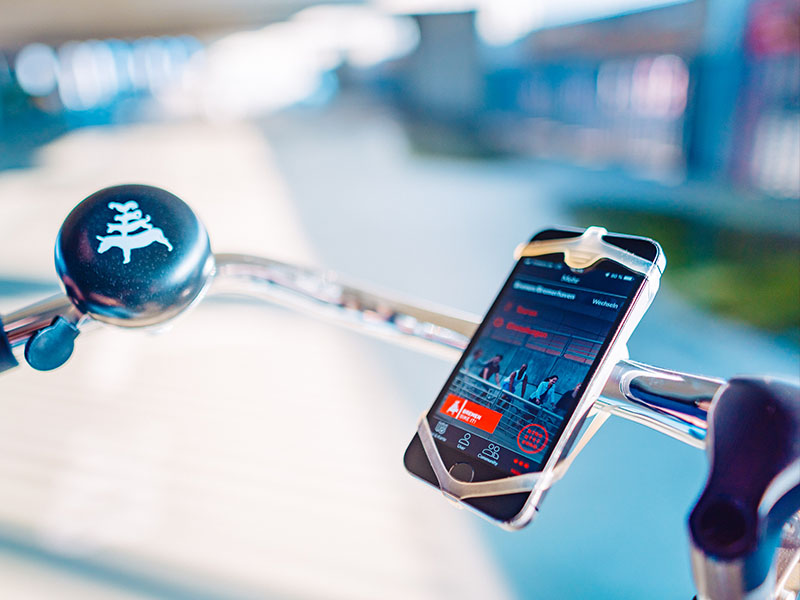 Bremen BIKE IT! cycle routes
Attractive and varied cycle routes, printed and digital in the Bike Citizens navigation app pave the way onto the bike and through the city. They offer a mix of urban liveliness and relaxation in the countryside and invite you to discover Bremen and Bremerhaven. There are currently six different Bremen BIKE IT! cycle routes for Bremen and Bremerhaven. The easy-to-ride tour suggestions whet your appetite for cycling and the cities with all their special features and sights.

Further tours, which also lead to the neighbours in Lower Saxony, are available in the app.

Cargo bike races and indoor cycling
New event formats are developed as part of the Bremen BIKE IT! campaign, including the cargo bike race, short film night rides and 'away games' for Graz's Altbaukriterium indoor cycling races. Other events supported by Bremen BIKE IT! include a cycling and outdoor activities expo, the Brompton National Championship and the Six Days race. 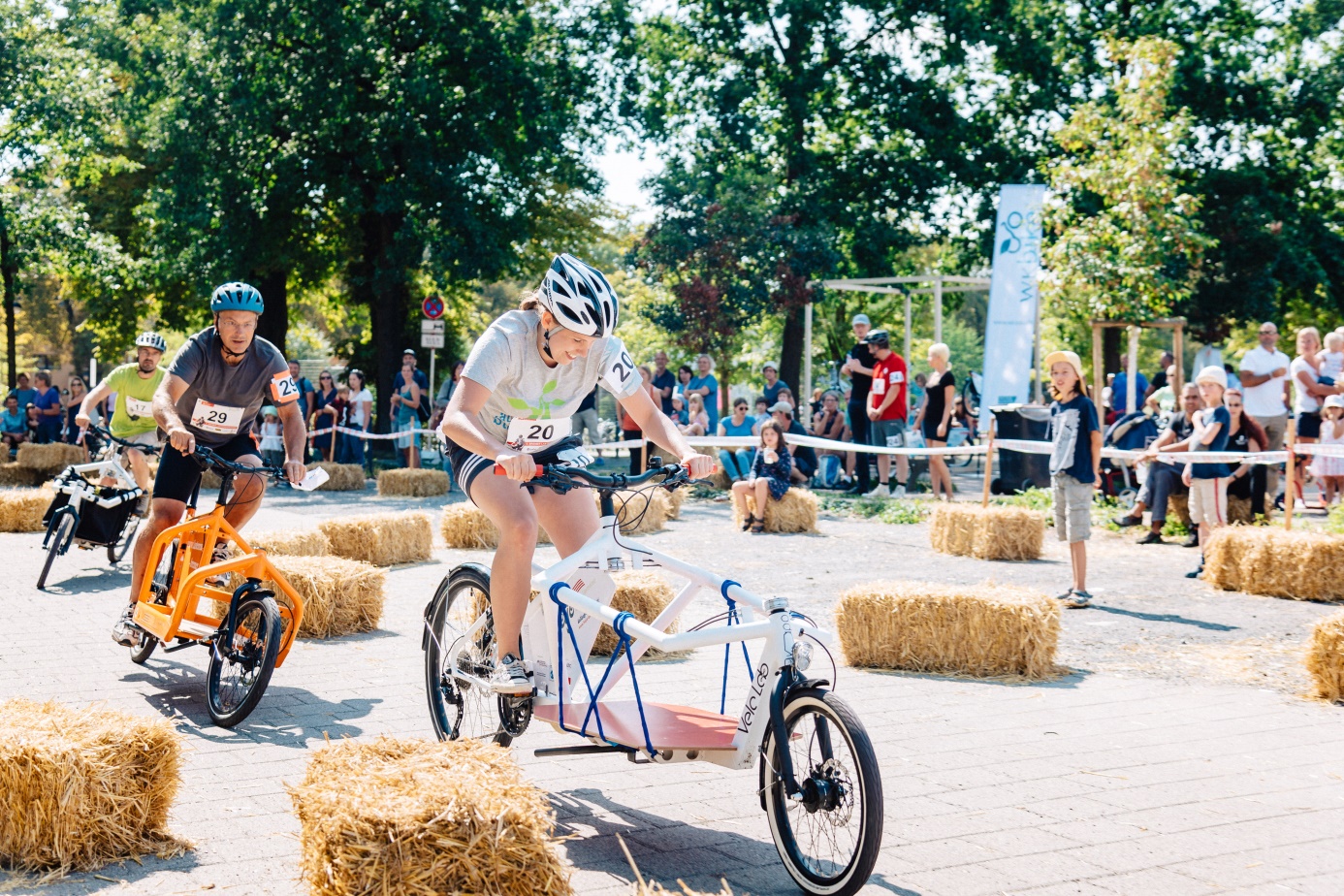 For more information on Bremen BIKE IT! visit www.bremen.de.