Long quays, specialist equipment, expertise and experience make Bremen the leader in the handling of breakbulk and heavy-lift cargo in Europe 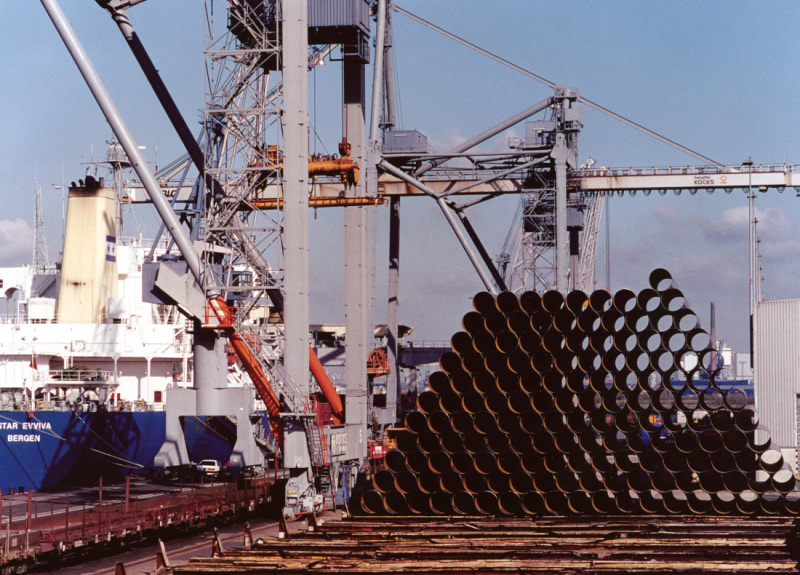 After Antwerp, Bremen’s ports are the second most important transshipment hub in Europe for forestry products, steel products and machinery. The port in Neustadt is home to Europe’s largest terminal for breakbulk and heavy-lift cargo, which offers more than a million square metres of warehouse space and outdoor storage. The Breakbulk Europe trade fair, which took place in Bremen in May 2018 for the first time and will take place here in May 2019 for the second time, attracted almost 10,000 visitors. In short, Bremen is well positioned and prepared for the future when it comes to breakbulk.

The easiest way to describe breakbulk is ‘anything that doesn’t fit in a container’. The terminals in Neustadt port have evolved into specialists in the conventional handling of breakbulk. It arrives in Bremen on regular liner services and is distributed from there to customers throughout Germany. Neustadt port’s services mainly include the handling of project cargo, forestry products, and iron and steel products, as well as the transshipment by floating crane of containers and heavy goods with unit weights of up to 650 tonnes. Increasingly, large components for onshore wind farms are also transshipped via the port, and natural gas liquefaction plants, which arrive in large individual parts in Neustadt port where they are assembled into finished plants, are loaded onto large ships or pontoons for onward transport.

Around 550 seagoing vessels and barges are processed annually in Neustadt port. A quay length of around 2,400 metres and water depth of up to 11 metres offer optimal conditions for the transshipment of around 1.3 million tonnes per year. The 18 kilometre long rail network within the port ensures that even a larger number of wagons and locomotives can be unloaded directly from the track to the vessels. 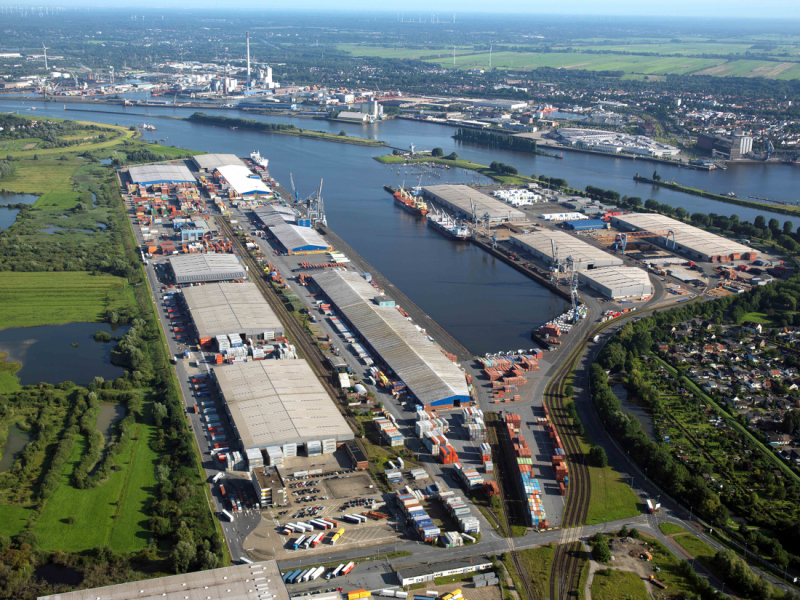 Bremen is not only a leader in breakbulk on land, but also at sea. The Bremen-based Zeaborn Group, for example, has evolved into a market leader in heavy-lift and project cargo shipping in less than five years. Zeaborn has a fleet of 165 ships under technical management and a multipurpose fleet of around 40 ships, and is currently ranked sixth in Toepfer Transport’s Multipurpose Shipping Report of heavy lift and project cargo carriers. 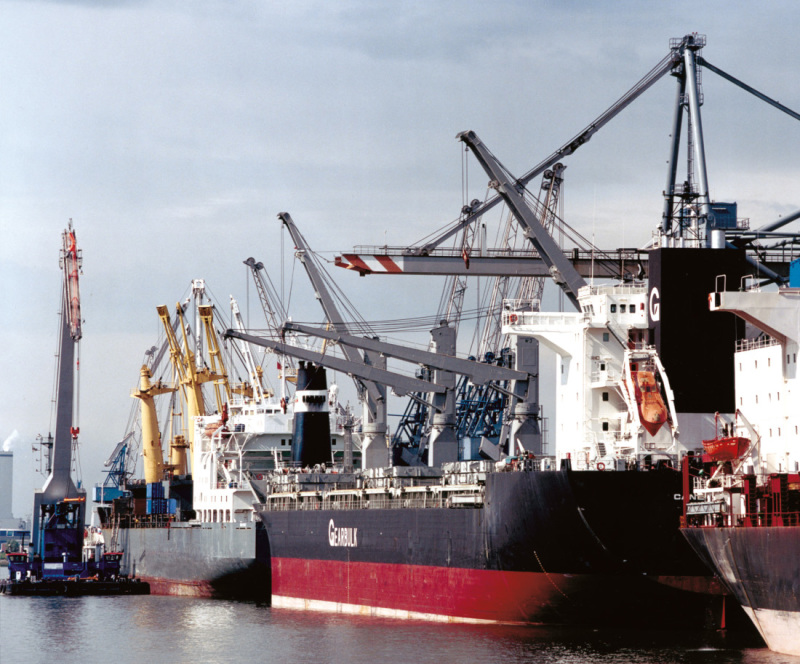 The loading and securing of conventional heavy-lift cargo is a challenging task, as items can often weigh more than 80 tonnes. BLG Logistics operates the terminal in Neustadt port, and its mobile harbour cranes can handle goods of up to 200 tonnes in weight, which can then be transported around the terminal on a translifter. The wind turbine manufacturer Enercon, for example, manages the loading of components for various wind farms through BLG. The parts for the wind turbine towers are manufactured in Portugal and initially shipped to Germany. From the port, they are transported by road to the construction site. BLG also assembles large 200-tonne modules for gas production in Russia on behalf of Linde AG. The contract runs until 2021. “The poor condition of many roads in Germany is making it increasingly difficult to transport heavy-lift cargo on them,” says Sven Riekers, breakbulk sales manager at the BLG Logistics Group. “That is why a growing number of customers are considering using the port for their manufacturing.”

Breakbulk Europe to return to Bremen Exhibition Centre in 2019

Bremen’s exhibition centre hosted the Breakbulk Europe trade fair for the first time in May 2018, underlining the city’s importance as a commercial and logistics hub. The fair had been held in Antwerp every year since 2007, but when capacities there were no longer sufficient, Bremen successfully applied to host the event. The switch from Antwerp to Bremen has allowed Breakbulk Europe to significantly increase its importance to the port industry operating in this sector. At almost 10,000 visitors, the numbers were far higher than in previous years. According to Bremen Exhibition Centre, Breakbulk Europe was the largest trade fair that has ever taken place in Bremen. 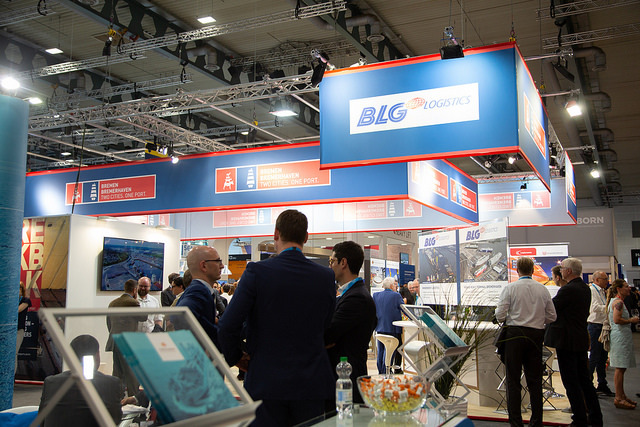 Over the three days of the Breakbulk Europe fair, Bremen’s port industry had a joint presence under the banner ‘Two cities – one port’. A total of 30 companies presented their expertise on a joint stand of around 190 square metres. bremenports is currently planning further trade fair appearances at breakbulk events taking place in Houston, Dubai, and Shanghai in order to maintain close contact with organisers and other players in the industry. ITE, the event’s organiser, has already decided to hold the 2020 Breakbulk Europe fair in Bremen. 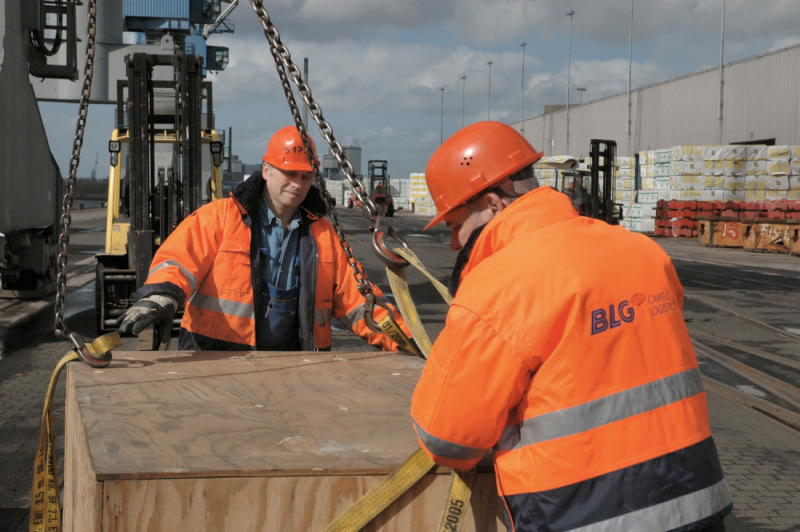 Bremen has plenty to offer

Whether as a maritime economy or as a trade fair city, Bremen has plenty to offer. The direct connection to the A1 and A27 motorways and to the international airport, the compact city centre and the short distances between Bremen and Bremerhaven make breakbulk activities simple and straightforward. Neustadt port’s transshipment options from lorry or train to ship – and vice versa – are highly flexible, and the facilities are well connected to the North Sea via the Weser estuary. The ports in Bremen and Bremerhaven form one of the leading logistics hubs in Europe, with a total of around 4 million tonnes of breakbulk cargo (excluding cars) being transshipped in 2016.

It is anything but everyday that a Libyan comes to Bremen to found a company here. But Tamim Fannoush has good reasons to choose the Hanseatic city as the starting point for his European business. And they are not only economic in nature.

For 30 years, the Cargo Distribution Centre in Bremen has delivered excellence – as an investment location and a logistics hub. Today more than 150 companies employing approximately 8,000 people are based at the site. It offers direct links to the ports, the autobahn and has a close proximity to Bremen City Airport.