Eight products from Bremen that everybody knows 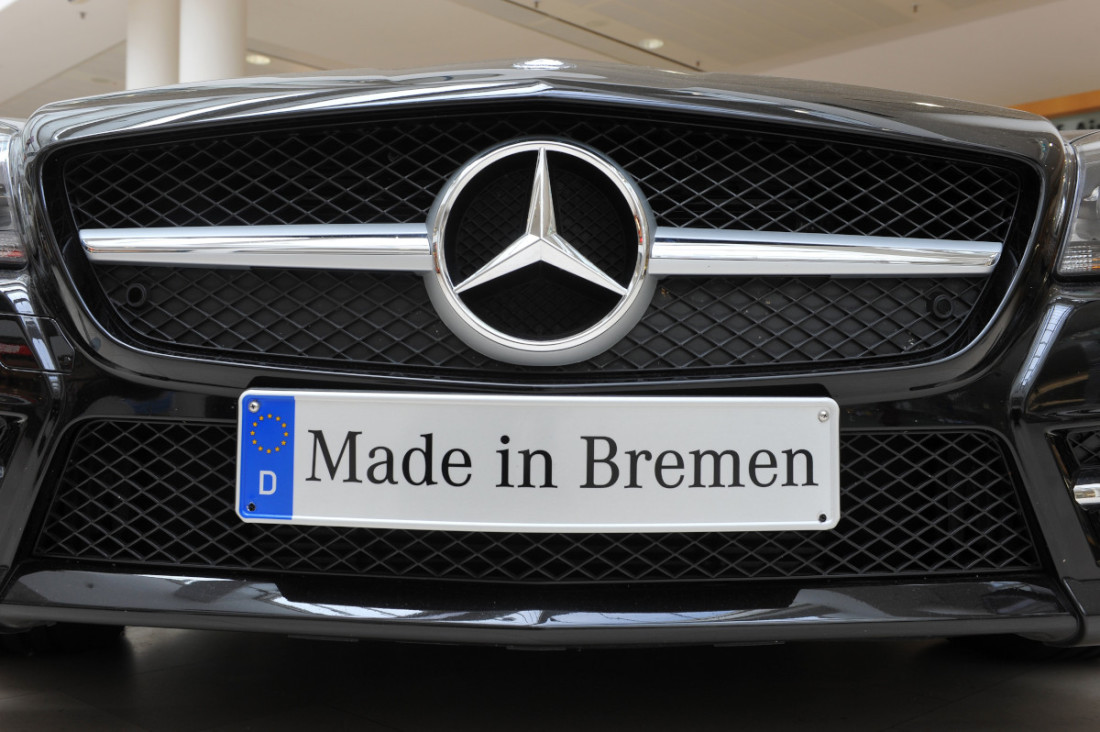 A beer, a cup of coffee and some fish fingers – that might not be a very balanced meal, but it was definitely made in Bremen and Bremerhaven.

Let´s take a look at some famous brand-name products that are made in Bremen. Our search is based on two criteria: the products are known outside of Bremen and anyone can buy them.

Beck’s is known around the world. The brewery on the Weser river, now part of the international AB-Inbev Group, has been making beer in the characteristic green bottle since 1873. It is fitting that the 'Alexander von Humboldt' is docked in Bremen, as the ship with the green sails was a key element of Beck’s advertising for years, along with Joe Cocker´s 'Sail away'.

The Mercedes plant in Bremen is the largest employer in the state of Bremen and manufactures ten models, including the Group’s first full-production electric car. Eight out of ten Mercedes are made in Bremen!

The most popular fish dish by children all around the world is produced in Bremerhaven, Europe’s frozen food capital. Frozen Fish International – which belongs to Iglo – makes around 1.9 billion fish fingers every year in one of the world’s largest frozen fish factories. 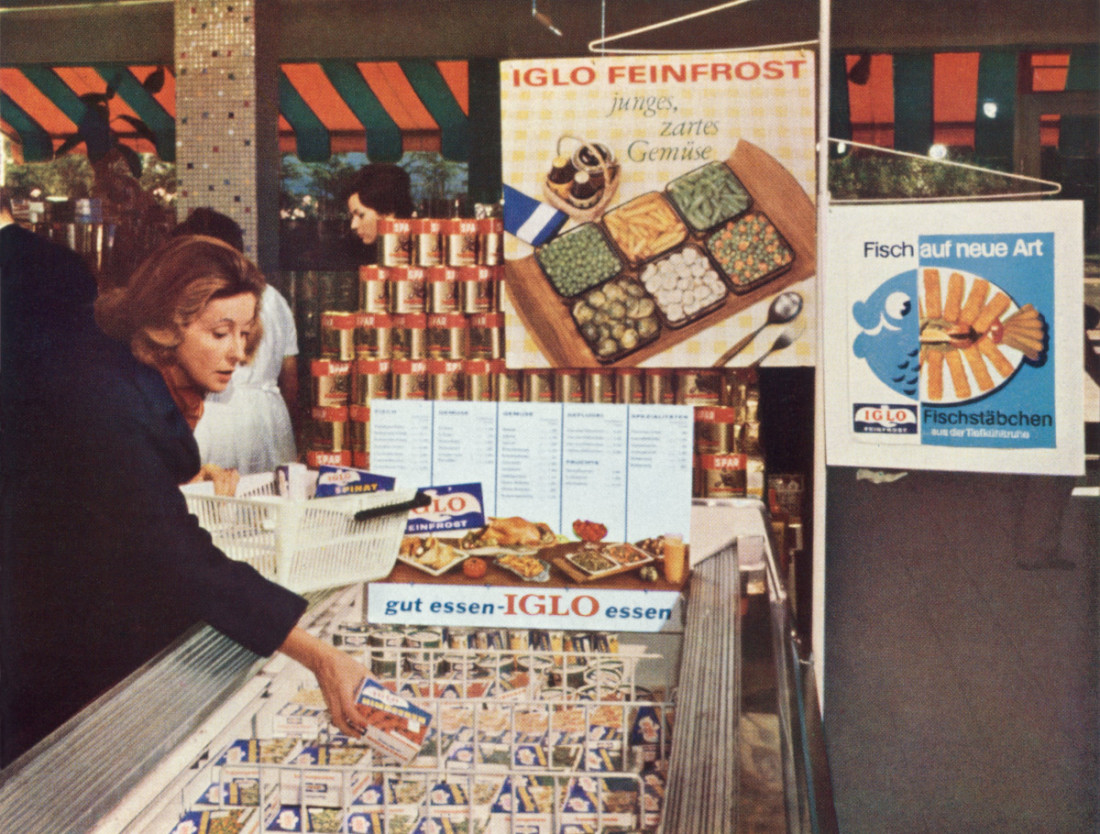 Bremen is renowned for its coffee, and a significant proportion of all coffee imported to Germany arrives via Bremen’s ports. The bulk of it is roasted right in the Hanseatic city. Melitta is one of the best-known roasters and produces around 500,000 packs of coffee a day.

Frosta has been producing frozen foods since the 1950s, making it one of the oldest brands in the business. The Bremerhaven-based company has been a long-standing pioneer of sustainability and transparency.

Vitakraft will be a familiar name to many owners of dogs, cats, birds and other pets. The pet food manufacturer was founded as far back as 1837 and today employs around 1,100 people worldwide. 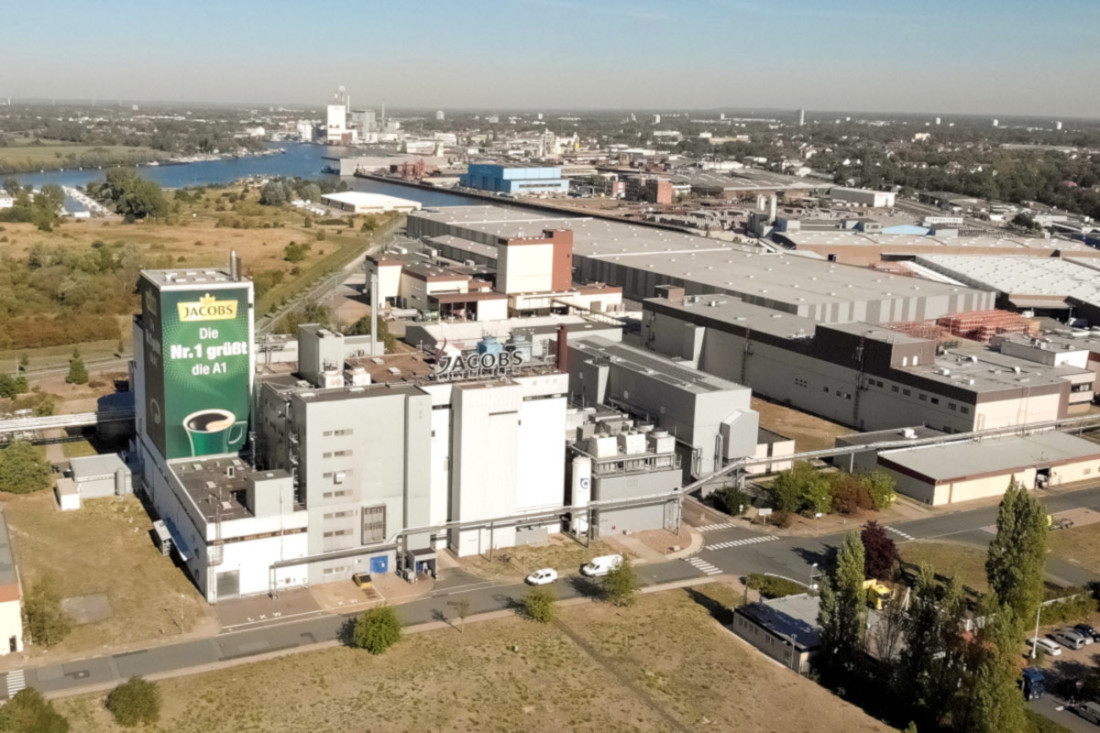 Another popular coffee brand created in Bremen. The company, formerly known as the 'specialist in coffee, tea, cocoa, chocolates and biscuits', has been roasting coffee beans since 1907. Jacobs is now part of the company Jacobs Douwe Egberts (JDE Peet´s), but is still roasting in Bremen.

Fun for adults: the products made by Fun Factory have brought modern design and fresh ideas to the sex toy industry. The Bremen-based company has won several design awards, and its ideas have inspired many imitators – probably the best proof of their success.

And here you'll find our list of eight products from Bremen that nobody has heard of, but everyone uses.

Coffee in Bremen - that's a tradition. Almost every second bean is imported via Bremen or Bremerhaven. In recent years, numerous coffee roasting companies have been founded that bring a whole new coffee enjoyment.

The city is famous for the Bremen Town Musicians, the market square, the Schlachte Embankment and Werder Bremen football club. But it is also known as a hub for logistics, science and the automotive and aerospace industries, and as a bike-friendly city that is full of green spaces. To be honest, there is no reason to be modest, though that would be typical of Bremen too…

Bremen: Down-to-earth, yet always ready to surprise you. An attractive place to live, a city through which we can move easily and without stress. People from different cities and countries tell us why they fell in love with Bremen and have made their lives here.

So it’s cold, dark and wet outside. That’s no excuse for getting bored. From seasonal recipes to exciting museums and major events, we will show you how much indoor fun there is on offer in Bremen.

Frost, snow and ice? No excuse for sitting at home. Find out what you can discover and explore outdoors in Bremen during the winter months.

It’s getting cooler outside; the trees are changing color and leaves rustle underfoot – it’s now autumn! And so begins the time of year when you’re persuaded to spend more time inside. The array of museums and galleries in Bremen offer numerous opportunities to do so enjoyably.

To the bremen.de page
Aerospace
The space industry in Bremen: living and working in the Hanseatic city

Our city centre is evolving. Bremen is creating affordable and desirable residential areas, offices and retail space. The city is set to get a more modern look thanks to projects near the main train station, in new districts and right by the river.

Enjoying good food and drink is an important part of life in Bremen. Whether you prefer coffee or beer, sweet or savoury, you'll be well catered for on a trip to our city on the banks of the Weser river.

Taste Bremen at Bremen Tourism
Science
Science and research in Bremen: living and working in the Hanseatic city

There are 35,000 students at eight universities in Bremen, as well as numerous research establishments, all of which work together successfully. It is a dynamic centre of science and learning. We spoke to a number of researchers and academics to find out what it’s like to live and work in Bremen and Bremerhaven.

Flowers are blooming and the days are getting warmer: It's springtime in Bremen! The city directory bremen.de shows you, which activities the town has to offer at this beautiful time of the year: whether it is sunbathing on the Osterdeich, bike riding, golfing or simply enjoying yourself in a beer garden.

Learn more at bremen.de
Quality of life
Europe’s finest Christmas market, the famous Freimarkt funfair and much more besides

The people of Bremen have a reputation for being reserved, but nothing could be further from the truth: the locals regularly let their hair down at the many events held throughout the year. The biggest crowds gather for Bremen’s Christmas market and for the Freimarkt, the second-largest volksfest held anywhere in Germany.

Fiona Moore is originally from Burton-on-Trent, near Birmingham, and now works as a freelance translator in Bremen. She fell in love with Bremen in her early twenties. That was back in 2000, but 17 years later she is still as enchanted by the city as she was on the first day. She tells us about settling in Bremen, about her family and about being fortunate to have found a home in here.

It’s an adventure playground for kids, an idyllic sanctuary for couples, and a quiet retreat for those looking to escape from stress – from joggers and Nordic walkers to lovers of nature and culture, the Bürgerpark in the centre of Bremen has something for everyone. For the last 150 years, this protected heritage site in the centre of Bremen has relied solely on the support of donations to keep it open and well-maintained.

Up to now, cricket has been very much a niche sport in Germany. But that is changing. In Bremen, a woman is calling the shots in this male-dominated sport – with great success. Her men’s team are the 2016 German cricket champions.