Bremen’s automotive industry at a glance

Automotive Industries
The suppliers, the research community and the initiatives of the automotive sector in the state of Bremen Automotive suppliers, research institutes and car manufacturers in Bremen and Bremerhaven – vehicle manufacturing is as much a part of the Hanseatic city as Beck’s beer and the Bremen Town Musicians.

The state of Bremen has a long history as an automotive hub, and has set its course for the future. Our overview of the automotive sector in Bremen begins with a short video:

The Mercedes-Benz plant is the first item on any overview of the automotive sector in Bremen. Established in 1978, it now manufactures ten different models, including all C-Class variants, SUVs and the SL series sports cars. The plant in Bremen-Sebaldsbrück is as large as a city district, and its production volume of over 400,000 units makes it the second-largest Mercedes-Benz production plant in the world.

The site in Bremen has a leading function within the group, as it controls the production of all C-Class cars around the world. This is a magnificent feat of logistics and organisation – and we have taken a look behind the scenes here. 12,500 people at Daimler work side by side with 1,500 robots. They are currently preparing to start production of a very special model, the EQC, the group’s first mass-produced electric model. This will move Bremen on to the path towards electric-powered transport and represents the next step in the city’s automotive future.

A car plant needs efficient logistics to produce vehicles around the clock. More than 3,000 trucks deliver parts from vendors to the plant every day, and a total of 40 suppliers have settled in Bremen. They employ around 4,000 people and also supply other automotive companies in Germany.

Here is a small selection: Pfenning Logistics is responsible for the majority of transport journeys between the plant and the nearby Bremen Hansalinie Industrial Estate. Lorel Logistik runs the Plant Consolidation Center, where it channels the flow of goods from numerous suppliers and then delivers them as a package and just in time to the assembly lines. Lear Corporation builds seats and seating systems, and Wagon Automotive has been producing wings, doors and boot lids in Bremen since the beginning of 2017. Hella Group and its 600 employees manufacture sensors and electronics. Looking beyond the direct delivery of parts, there are companies such as KUKA Systems, a specialist in robot assembly and testing, and Eickworth Modellbau, a manufacturer of testing and tooling apparatus. 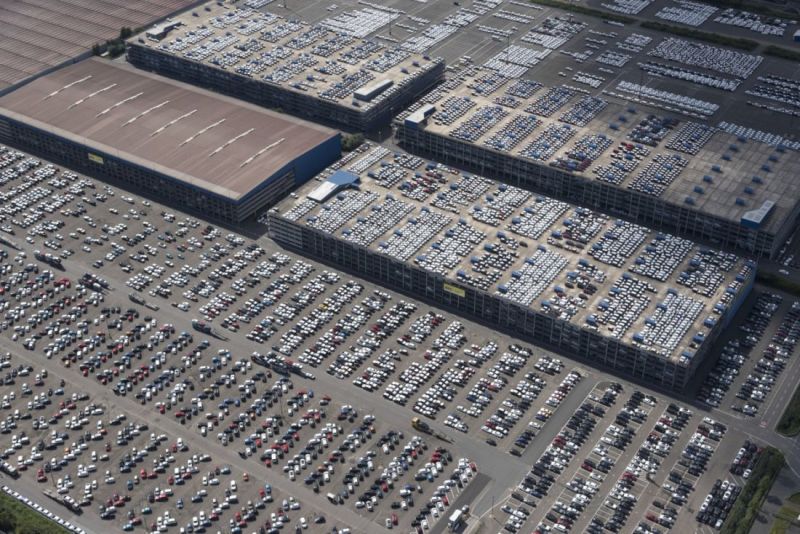 Cars as far as the eye can see: The Bremerhaven CarTerminal © WFB/Studio B

Vehicles manufactured in Bremen have to find their way out into the wider world, and this is where Bremerhaven, Europe’s largest car park, comes in. Around 2.2 million vehicles are loaded, finished and transshipped here – and not just those made by Mercedes-Benz. Run by BLG Logistics, AutoTerminal has 18 berths for car carriers and provides room for 95,000 vehicles to be parked ready for import or export. Vehicles arriving from overseas are also finished on site. At Germany’s largest car workshop, based in the port area, around 500,000 imported vehicles are inspected, checked and finished every year.
The vehicles are loaded on to the car carriers in a magnificent feat of logistics organised by Tally Service Runge.

Bremen is well placed when it comes to finding talented young professionals. There is the University of Bremen, for example, one of the leading seats of learning in Germany’s science and research sector. And every year, thousands of students graduate from the Universities of Applied Sciences in Bremen and Bremerhaven, the Jacobs University and the University of the Arts.

Research projects with an automotive focus are under way at the University of Bremen’s Center for Industrial Mathematics, for example. Its AO-Car project is using a test vehicle to conduct research into autonomous driving, which, thanks to a special permit, it is even allowed to do on public roads.

Daimler’s Innolab is also looking to the future. It is focusing on the workplace of tomorrow and on the question of how this major corporation can reinvent itself in the face of demographic change.

In the CERMcity project, the DFKI is trialling a vehicle that is designed to serve as a test platform for automated and networked driving. And finally, the Dreams4Cars project is attempting to teach cars to dream – or at least to combine elements of the real world into a simulated world in which autonomous vehicles can test their behaviour.

The EcoMaT Center for Ecoefficient Materials and Technologies has a key role to play as one of the largest science and research projects in Bremen. From 2019, 500 scientists will be driving forward the development of lightweight construction and materials technology for use in the aerospace, automotive and other sectors, and finding specific industrial applications for it.

Alongside the science and research initiatives presented above, the progress of electric vehicle technology is also influenced by local industry.
The Mercedes-Benz GLC F-CELL, for example, has been built in Bremen since 2018. It runs on electricity and hydrogen, which it processes in a fuel cell. The SUV is Daimler’s first ever fuel cell vehicle, which the company is manufacturing on a small scale. Conveniently, there are two hydrogen filling stations in Bremen and in nearby Stuhr already.

Local public transport group BSAG is looking at electrifying its fleet of buses and already has the first test vehicles in operation. Bremen also participates in the GreenCharge programme, a €6 million EU project that is investigating the potential of using electric vehicles in urban public and goods transport. Bremen is one of the programme’s pilot regions. 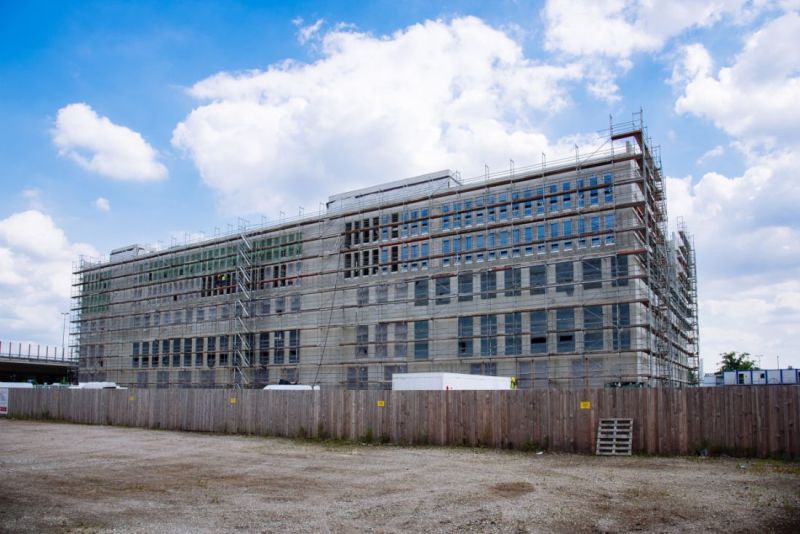 Automotive Nordwest e.V. represents the interests of its member companies in the north-western metropolitan region. The association is a prime example of how deep the roots of the automotive industry are in Germany’s north. Events and member meetings provide the opportunity for networking with other members and related industries. This is particularly relevant in Bremen, where cross-sectoral industries are highly valued.
The association is a member of Automotive Nord e.V., the umbrella organisation of the automotive industry in northern Germany. The organisation aims to raise the international profile of northern Germany as an automotive hub and drive forward the internationalisation of small and medium-sized companies in this sector in the region.

The Bremen Hansalinie Industrial Estate is ideal for companies in the automotive sector, as it is situated directly on the motorway and a mere ten minutes away from the Mercedes plant. The entire area will one day cover 270 hectares, 155 of which have been developed so far. Alongside the suppliers, several service providers have settled here in Bremen’s south-east. They ensure that logistics operations run smoothly. A total of 80 companies employ around 3,600 people here.

Cars have been made in Bremen since 1906 – the first famous customer was Kaiser Wilhelm II. In 1924, Carl Friedrich Wilhelm Borgward started manufacturing three-wheeled carts. His designs were a great commercial success, and by the 1950s Borgward was one of the largest car manufacturers in Germany. Borgward opened its first major factory in Bremen-Sebaldsbrück in 1938. When the company went bankrupt in the 1960s, the plant was briefly used by commercial vehicle manufacturer Hanomag. Mercedes acquired it in 1978 and has been manufacturing cars there ever since.

To the European headquarters
Automotive Industries
Is this the office of the future?

A car plant seldom comes alone. Many suppliers have based themselves in close proximity to the automotive giant Mercedes Benz in Bremen. They ensure that the assembly line never stops. We demonstrates the wide range of companies and technologies that make up Bremen's automotive supply chain

No fewer than ten Mercedes-Benz models proudly bear the seal 'Made in Bremen'. They range from standard saloons to sports cars and SUVs. Which one do you like best?