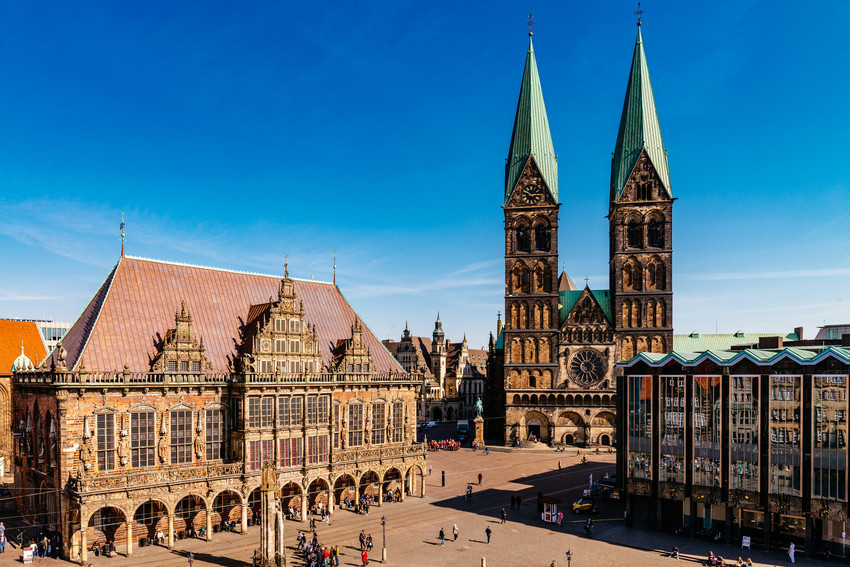 It’s so often the case – you live in a city where the most famous places of interest are within easy reach, yet you’ve never been to see them for yourself. In Bremen, the tram runs directly between two places of historical interest that were declared UNESCO World Heritage sites in 2004 – the statue of Roland, medieval symbol of the citizen’s independence, and Bremen’s Rathaus. 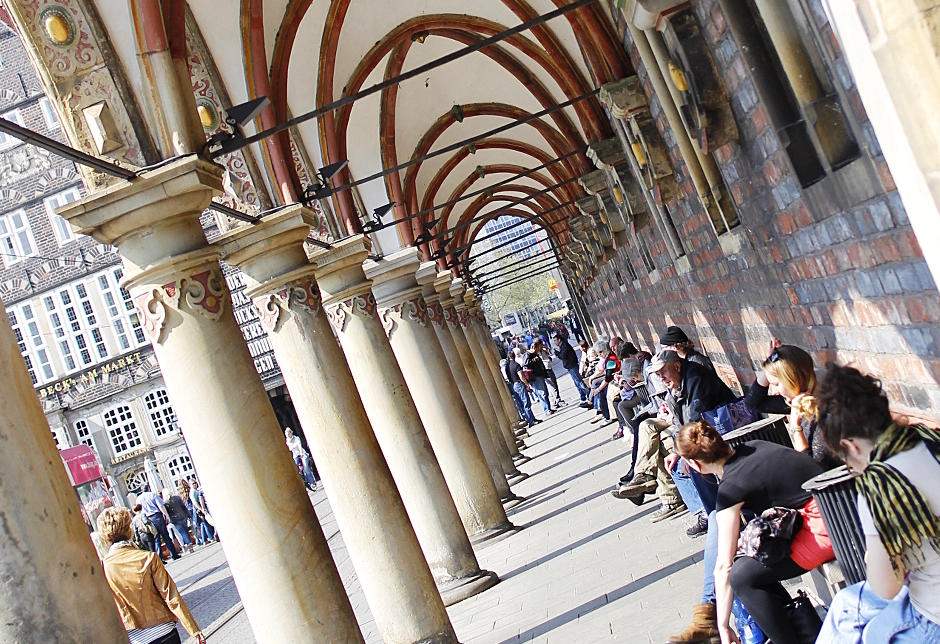 Have a seat, soak up the sun and take in the sites: the historical arcades of Bremen’s town hall are the ideal place for a break. © WFB

I’ve often admired the Rathaus in passing, but today I’m actually going on a tour of this 600-year-old beauty. My tour guide will be Karl, only 23 years old but already an expert on Bremen’s history. 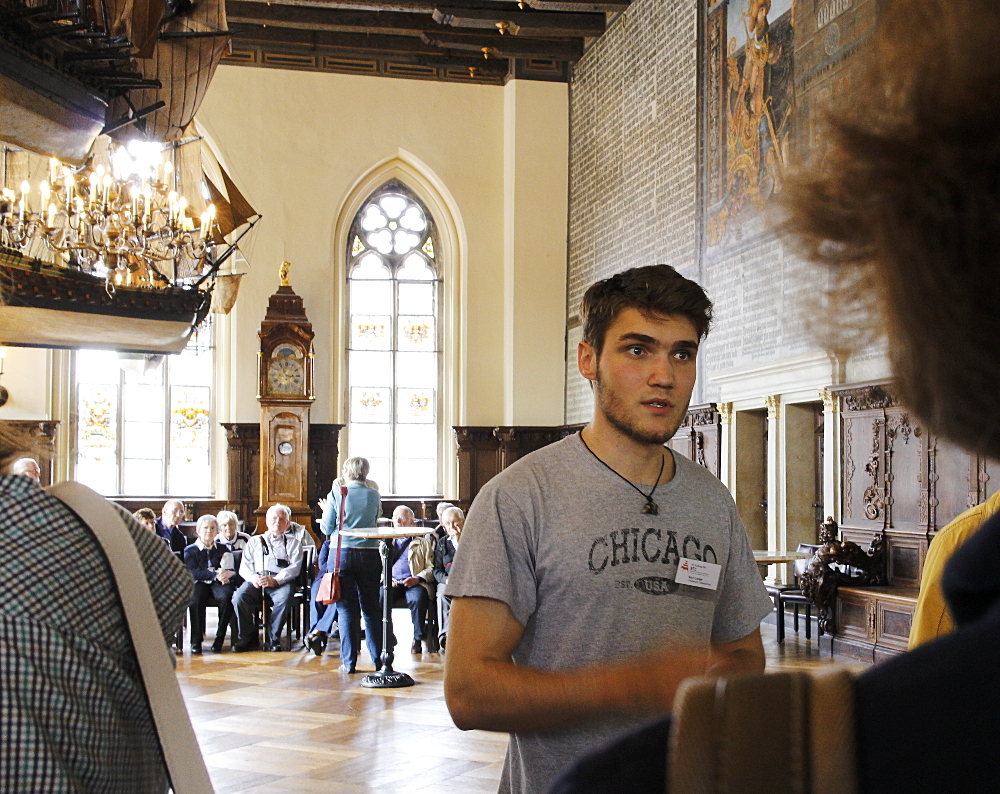 “Over the centuries, this building has been extended and has remained undamaged by war,” Karl says as he leads us up the stairs of the early 20th century extension. It immediately becomes clear how important the river Weser has been for Bremen and its citizens. The old pictures on the wall feature sailing ships, and a lamp made from a whale’s jawbone hangs from the ceiling – whales have been prized by humans for centuries.

Within a few more steps we enter the Upper Hall of the town hall. At eight metres high, it is itself reminiscent of a ship: the floorboards creak at every step, and ornate oak beams run across the ceiling above. Suspended above us are model warships, replicas of the ships employed to protect the Hanseatic fleet. Their miniature cannons used to be fired during festive receptions. But those days are over – apparently after some of the windows were damaged, Karl explains. 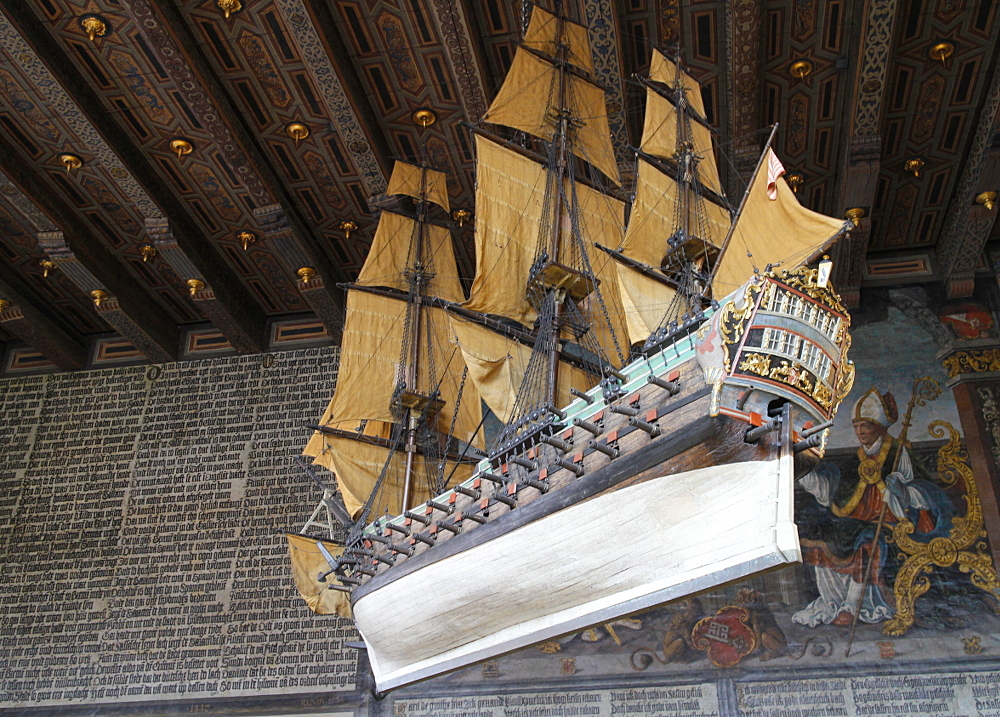 The model ships hanging from the ceiling of the Upper Hall can actually fire their cannons. © WFB

The hall is still used for receptions and events, such as the annual, seven-hour-long Schaffermahl banquet. The banquet, which was first held in the 16th century in support of the widows and children of sailors, has retained its community-based character to this day. The 300 guests have traditionally all been men – the first and only exception has been German chancellor Angela Merkel, who was a guest of honour.

Even if you’re not one of the captains (both male and female – another exception), politicians or businessmen invited, you needn’t miss out. The Ratskeller restaurant beneath the Rathaus serves the same traditional menu on the day: air-dried fish and kale. All that remains to be said is: guten appetit!

Photoshoot for our brochures
Tourism
A wonderland of colourful sweets