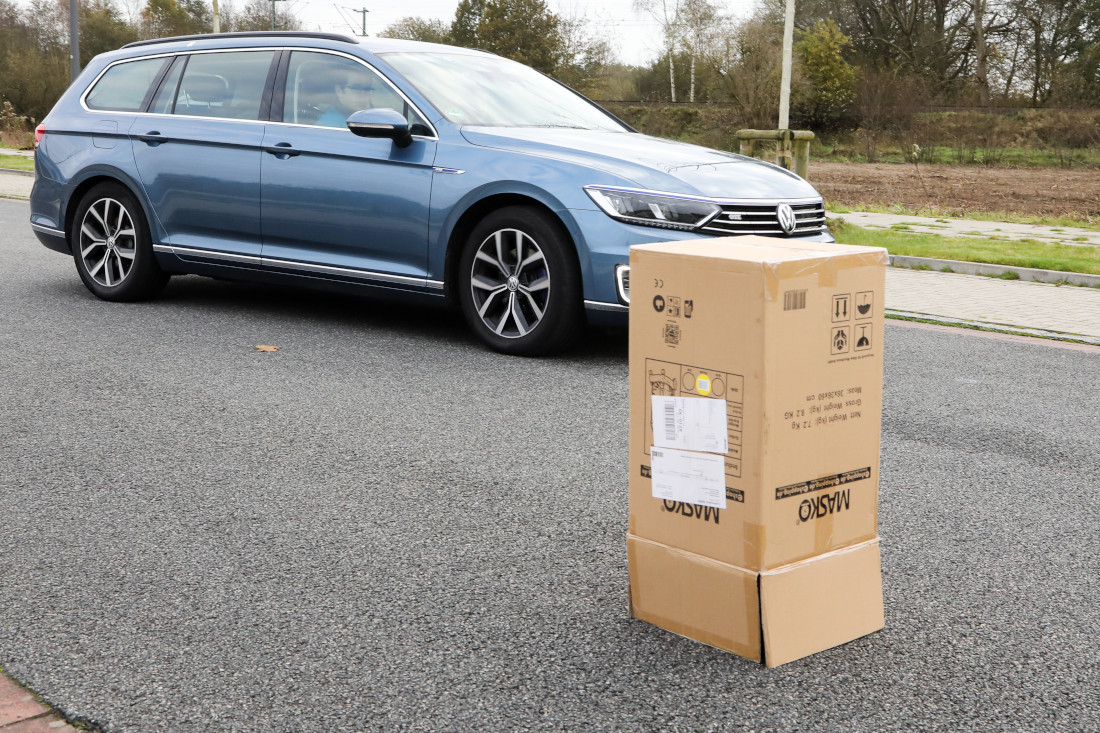 Bremen-Borgfeld is a typical and pleasant suburb. Surrounded by farmland, it has residential areas, schools, shops and restaurants. The ideal place to live, away from the hustle and bustle of the city – or to put a self-driving car to the test.

Compared to driving on a motorway, navigating around a residential street in Borgfeld is a challenge. "Rural roads often lack clear boundaries. Sometimes there's a pavement, sometimes there are trees and bushes, sometimes there are parked cars, cycle lanes or gravel. It's very difficult for a computer to recognise all this and tell the difference," says Dr Mitja Echim.

The research fellow at Bremen University's Center for Industrial Mathematics (ZeTeM) is an expert on self-driving cars. Over the past two years, for example, he has been involved in the AO Car project, in which a self-driving VW was sent on hundreds of test drives. This experimental vehicle is also key to the follow-up project, 'OPA3L – Optimally Assisted, Highly Automated, Autonomous and Cooperative Vehicle Navigation and Localisation'. It was launched in early 2019 and will run for four years, with a total budget of €5.3 million.

OPA3L conducts research into cooperative, networked and autonomous driving in rural suburbs, which is still uncharted territory even for the large car manufacturers. "The drive assistance systems developed by Tesla, Mercedes and Google are already very good at navigating along motorways, but it's a very different story on rural roads. We believe there's still a lot of research to be done in this area," says Echim.

The researchers are anticipating high demand for self-driving vehicles in rural areas. Ride-hail services, for example, could shuttle people from their front doors to local public transport and back again. "We believe that the advent of self-driving cars will see car ownership fall to a lower level than today. Anything else would make little sense, as it would hardly relieve transport issues and reduce traffic jams. The future belongs to ride-hail services – just like a taxi, but without the driver," he adds.

This is what the researchers call 'vehicle on demand', a service that will open up a whole new dimension of mobility for commuters, the elderly and people with disabilities.

Heaven and earth, close together

The project team, which has more than 29 members, is taking a different route than the research departments at the large car manufacturers. The algorithms they are using to control the car in Bremen were originally developed for space exploration. "Robots and space probes have been able to autonomously navigate in space for some time now. We have taken the technology behind autonomous space vehicles and applied it to road traffic," says Echim, who manages the OPA3L project.

The goal of the research is to create uniform software environments and artificial intelligence that can be further developed for a wide range of applications. This is in contrast to the car manufacturers' research departments, which are developing algorithms for their own purposes only.

Recommended Editorial Content
If you click on "Youtube activation", the content will be loaded from Youtube and your data will be transmitted to Youtube. The service provider is located in the USA. There is no adequate level of data protection for the USA. If you do not want data to be transmitted, please do not click the button. Further information can be found in our data protection information.
Ich bin damit einverstanden, dass mir externe Inhalte angezeigt werden. Damit können personenbezogene Daten an Drittplattformen übermittelt werden. Mehr dazu in unserer Datenschutzerklärung.
Leider ist beim laden des externen Inhalts etwas schiefgelaufen.

Interdisciplinary working is the order of the day

OPA3L is also benefiting from other projects, including TOPA3S, a research platform in Bremen exploring autonomous mobility across various modes of transport, including aircraft, ships and cars.

"As a leading hub for the maritime economy and the space industry, Bremen is the ideal place for interdisciplinary working," says Echim. The working group for optimisation and optimal control led by Professor Christof Büskens plays a key role in running the OPA3L project at the Center for Industrial Mathematics.

Also involved are Bremen University's working groups for cognitive neuroinformatics and for computer graphics and virtual reality, the Armed Forces University in Munich, Chemnitz-based IAV GmbH, which is contributing three further vehicles to the project, and Munich-based Advanced Navigation Solutions – ANavS GmbH. The latter brings its expertise in the field of satellite navigation to the table. "Autonomous driving is changing the demands made of satellite navigation – it is becoming indispensable," Echim adds.

Hands on the wheel

Practical field tests with the vehicle will be starting soon, but people on the roads of Borgfeld need not worry that they might encounter a driverless car. There still has to be a person behind the wheel who can intervene in an emergency.

Vehicles as far as the eye can see: Bremerhaven’s AutoTerminal is Germany’s largest automotive hub. A research project aims to make the transshipment process even more efficient.

Kathrin and Mark Patel from Bremen are among the most successful designers in their chosen field. Their carpet and wallpaper collections have received numerous awards and the two collaborate with leading manufacturers. The secret of their success? All of their work tells a story.

Learn more
Startups
Why coworking is the new working from home

Lots of room in the heart of the city – when it comes to coworking, Spaces now rules the roost. Stefanie Lürken, Country Manager of Spaces in Germany, tells us what brings the company to Bremen, and why coworking is increasingly replacing teleworking from home.

Robots in the office and block groves in the kitchen? Our man in Silicon Valley, Tim Ole Jöhnk, has tracked down unknown shooting stars, new technologies and trends from Silicon Valley that could be exciting for Bremen companies.

As anyone who has shopped online will know, the search function in web shops is nowhere near as good as Google search. A company from Bremen is set to change this.

Wherever Urbanscreen appear with their projectors, astonishing "Ahhs" and "Ohhs" are guaranteed. It is good that they also record their works of art on video – we have selected the ten most beautiful.

To the "Ahhs" and "Ohhs"
Creative / Media
In tune with TonePedia

You rarely get the opportunity to try out musical instruments when you buy them online. Bremen-based start-up TonePedia has developed a piece of software that allows musicians to properly compare guitars, bass guitars, amplifiers and effect products online. This saves time and reduces the number of returns and the associated cost.

Photography studios, workshops and professional kitchens are rarely fully occupied round the clock. So why not let others share them? The german start-up Craftspace brings together providers of production spaces with entrepreneurs, small business owners and artists on a single online platform. It’s an arrangement that benefits everyone.

The Chinese designer Haoyu Li combines his German design degree with Chinese business acumen. Now he is opening a design office in Bremen, with the aim of making it easier for Chinese products to enter the German market, and to bring German brands to China.