The "thinking" 3D printer: machine learning combined with 3D printing for monitoring the quality of components 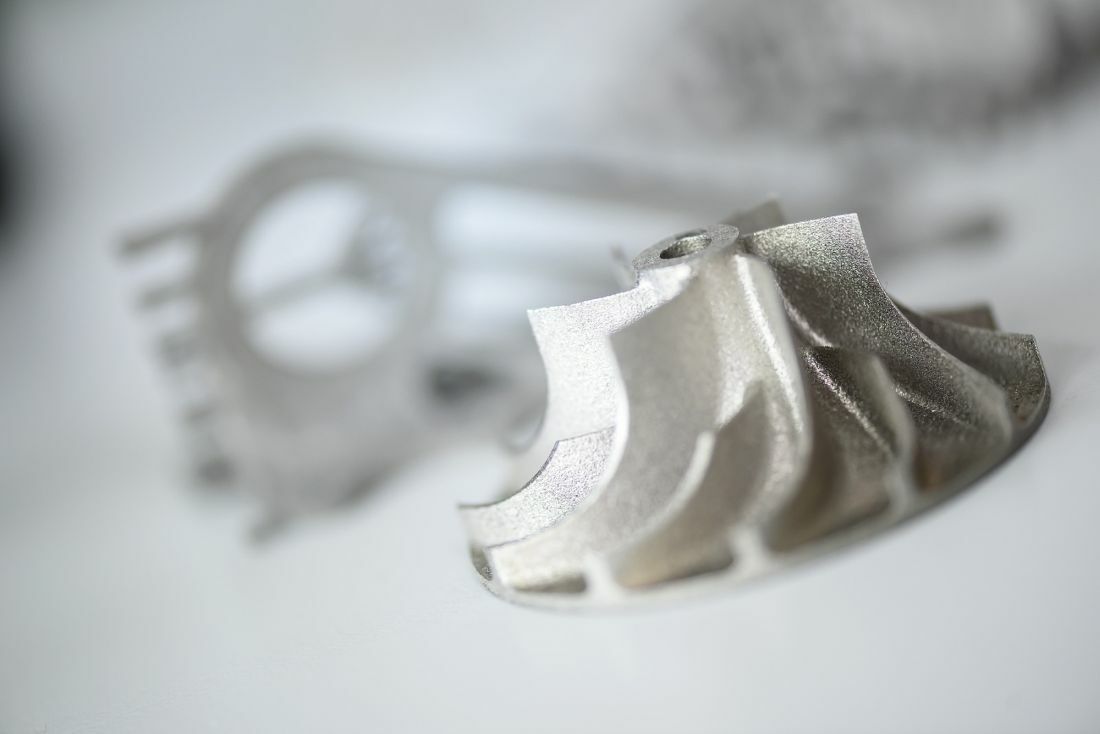 The 3D-printed components used in aircraft construction must fulfil the most stringent quality criteria. © WFB

In sectors where the safety requirements are exceptionally high, such as aviation, errors in manufacturing components must be prevented at all costs. The cost involved in checking components for flaws is always a significant factor. A project based in Bremen is creating an algorithm that will work as an adjunct to visual inspections in this sector.

In recent years, 3D printing has moved on from prototyping to being used in industrial applications, even in sectors with exceptionally high safety requirements, such as aviation and aerospace. Nowadays, a number of extremely complex components are produced using additive manufacturing, often from materials such as titanium.

These printed components are not always perfect: they can have cracks, pores or inclusions of other materials which could cause critical failures. For this reason, additively manufactured components undergo a thorough inspection process (as do components produced using "traditional" methods) before being installed in an air plane.

These inspections are performed by specially trained and certified inspection engineers, who use methods such as X-ray computed tomography to screen components.

"Inspection costs are enormously high and can account for up to 50 percent of a component's total costs", said Stefan Neumann, Data Scientist at Testia GmbH, a Bremen company specialising in material inspection, training courses for inspection personnel and engineering, primarily in the aviation sector.

Neumann is part of the "Automated fault detection and evaluation using X-ray computed tomography (CT) data for highly complex 3D metal and fibre composite components" research project, which Testia is running together with the Faserinstitut Bremen (Fibre Institute, Bremen) (German) and the company Kolbes Messtechnik (German) up to the end of 2021.

The objective of this research project is to reduce the enormous amount of time and money involved in inspections and to make additive manufacturing affordable for applications in which its use was previously too expensive.

How algorithms learn to identify flaws

In their efforts to automate the identification of flaws and errors in future, the research team has combined two approaches: one is computed tomography (CT), which is used after a component has been manufactured. It shows where faults have occurred in the component. "International regulations require us to be able to detect very small faults, only slightly thicker than a human hair", said Neumann.

To do this, the CT data is correlated with data gathered by sensors during the printing process itself. "The laser's position is recorded, as is data from other sensors which measure, for example, sounds, temperature and radiation", he went on to explain.

The CT data and sensor data are transferred into a neural network. "Our goal is to teach this neural network how to use the sensor data collected during the 3D printing process to predict the position and size of faults." 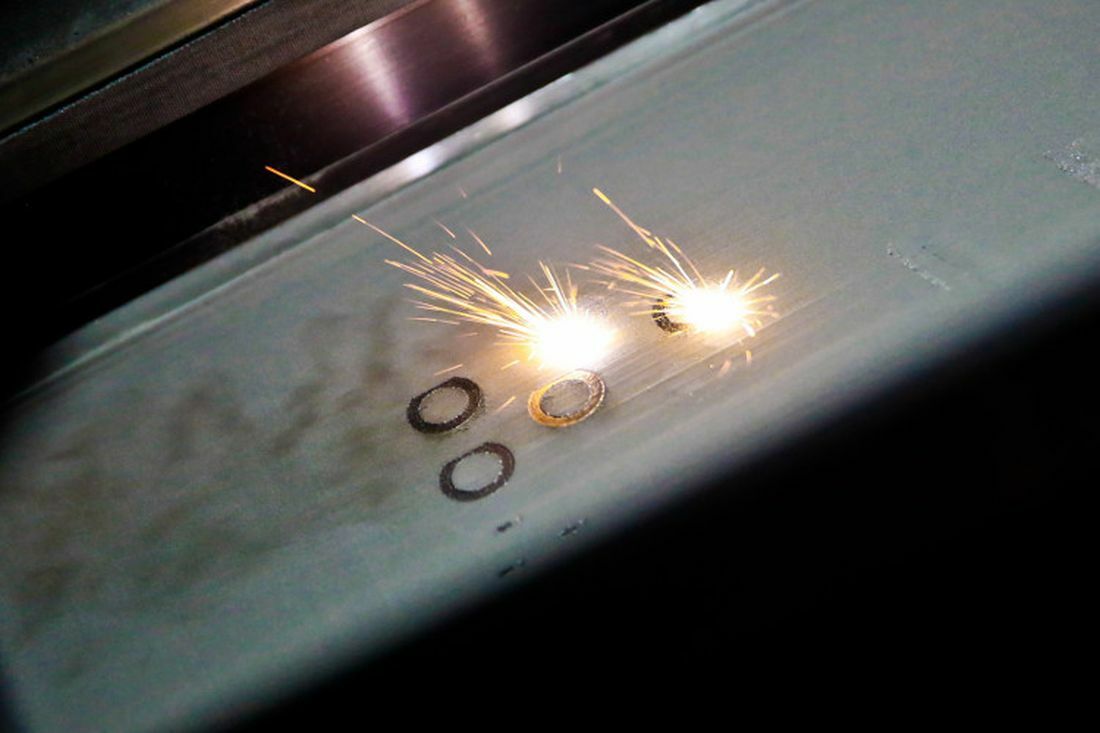 In future, faults could be detected more quickly, or even prevented entirely, by having the neural network automatically issue an alarm during the 3D printing process, and stop it, as soon as a fault source is identified.

One day, a machine learning system could even be able to perform material inspections on its own, without any human help. However, that day is still some distance away for the research team in Bremen. "We want to help inspectors detect flaws more quickly and more reliably", said Neumann.

The project group still sees itself as facing a major challenge: How can working with machine learning achieve an acceptable success rate for being used in the aviation industry? In other words, how can it be ensured that it actually finds every fault and doesn't miss anything? "This is a general challenge faced by AI in every application, whether it is self-driving cars or in the aviation industry, which obviously has even more exacting requirements than in other sectors."

The problem is not only technically challenging, but also needs adjustments to be made to regulations, by bodies such as the European Union Aviation Safety Agency (EASA). 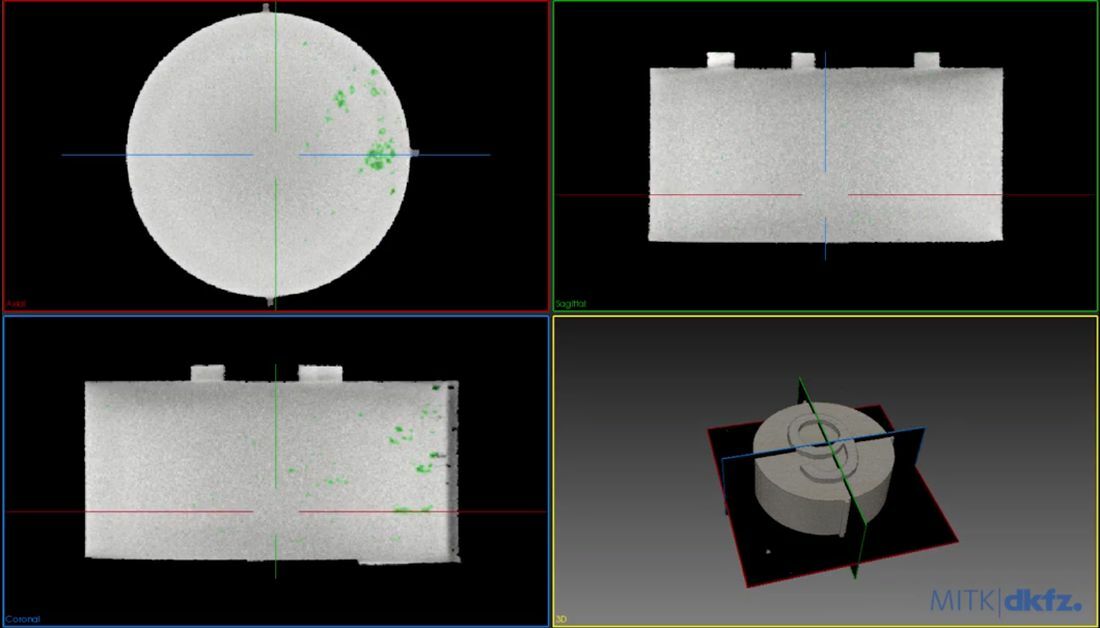 A look at the new software: checking a component for faults, layer by layer and in 3D

Working together in Bremen to advance 3D printing technologies

However, this is no longer part of the Bremen-based research project, which concentrates exclusively on investigating options for automating the detection of faults. When the project finishes, at the end of 2021, it will demonstrate that, in principle, machine learning can be implemented in 3D printing. The project was set up and run as part of the Luft- und Raumfahrtförderprogramm Bremen (Bremen aviation and aerospace funding program) supported by the BAB (Bremen's development bank). It was also supported by the European Regional Development Fund (ERDF). This project shows just how well companies, institutes and other bodies in Bremen can work together in the field of material sciences.

This process is an important step into the future of materials inspection for the Testia, which is a subsidiary of Airbus. In addition to developmental research, the project has a secondary benefit for the company:

"The developments brought about by working on the project have led to the creation of new computed tomography software. This new programme uses the individual cross-section images taken by the computed tomography process to generate a three-dimensional image. This can then be used to display faults or show the interior of a component", explained Neumann, who is both a physicist and an engineer.

Similar technology is already being used in industry and medical applications, but the most commonly used software in these sectors is currently extremely expensive. "We've already had a number of enquiries about our newly developed software", he explained. The first fully functional prototype will be ready at the end of 2021, and will open up a whole new line of business for Testia.

Startups
Spare parts from the printer

The pandemic has proven it: When supply routes do not work and production facilities are at a standstill, urgently needed construction and spare parts can often be a long time coming. The Bremen-based start-up WeserCAD has developed an innovative and fast solution.

How does a hydrogen-powered car work? How do you fill it up? And is it all safe? There's a lot of questions about driving with hydrogen. One of the very first users of this technology has given us an insight into this topic on a tour of Bremen and also shown us just what's happening with this volatile gas in the city.

The sky is not the limit. Science, production, development and business all agree on this. Aircraft wings, Ariane rockets, Galileo satellites - Bremen is one of the top locations in the international aerospace industry. Five reasons for Bremen's success story.

Additive manufacturing without any support structures, minimizing distortion and efficient - these characteristics can significantly improve metal 3D printing. The start-up AMSIS is creating the basis for this - and thus getting a hearing in additive manufacturing.

In Bremen and Bremerhaven, the transformation to climate-friendly energy with hydrogen is starting. A conversation with Saskia Greiner and Dieter Voß about current projects.

Policies that boost innovation aim to support the ongoing structural change in industrial companies, SMEs and related service providers. Promoting promising technologies is a particularly important part of this. Some technologies feed into each other, ...

Fibre composites have become a permanent fixture in everyday life. The Bremen Fibre Institute (FIBRE) has been working on these materials for five decades, and has gained another strong partner this year in the form of the ECOMAT research centre.

Airbus is a global trailblazer in the field of 3D printing, and the aerospace company has established a technology centre for this new production method in Bremen. This is one of many reasons why the Hanseatic city has become a hub for 3D printing in Europe.

What makes an aircraft fly? You don't have to be an aerospace expert to be fascinated by what goes on behind the scenes at one of the largest aircraft construction companies in the world. The Airbus Group in Bremen turns the dream of flying into ...